Today was my “Bop’s” birthday. My grandfather was affectionately named that by my oldest brother and the oldest of the cousins. I guess that’s a right that the oldest cousin gets.

I was lucky to spend time with my grandfather more than some of the others because as my father became busy and mom doing her tending to 5 other kids, he used to drive me to my dance lesson’s at my Aunt Marcia’s studios twice a week.  I was probably 5 or 6 but I remember being so fortunate to not only have his love and affection but also to have so much of his time.  I remember how his blinker sounded on his car which had plastic seat covers which was all  the rage then.

My grandfather gave his love of music and it’s importance to his boys, and my favorite photo of him was the one below, my dad on the right.  Even their youngest son, (not pictured here) was soon playing sax and music played a part of their lives as it does with my siblings. We both loved to watch marching band competitions on his old RCA TV which likely weighed 500 pounds, I know I moved it later for some reason.

When I was driving in high school, I invited my grandfather to a concert and drove him to see a holiday celebration of John Philips Sousa’s music in Philadelphia. It was such a special “date” for me because I loved him to the moon and back and being alone was so much fun. My grandfather couldn’t stop the tears flowing when the orchestra started The Star Spangled Banner.  I still love that song and I think of him and my grandmother, who appropriately died on July 4th, every time I hear that song during a fireworks display.  One of my favorite things living at Disney WAS the nightly fireworks display across the street (will Disney EVER resume them?) and of course I cry every time I see fireworks as I remember my great “date” with my grandfather. 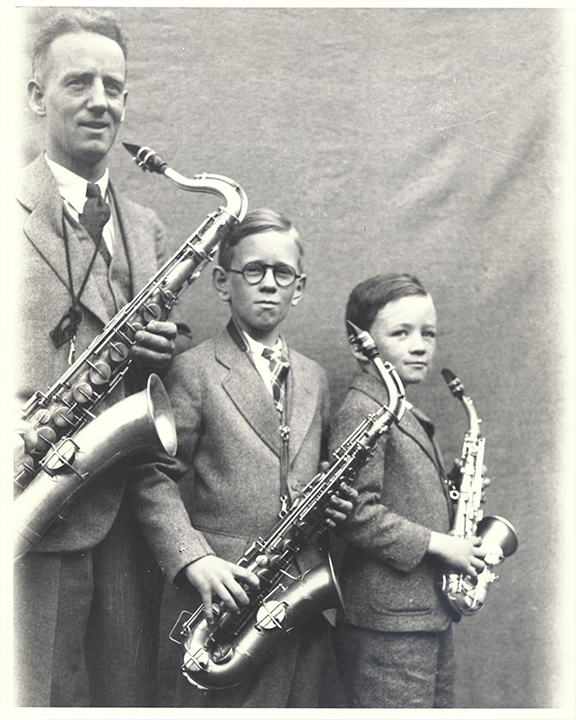 The funny things, the ones you remember, are so clear in my mind today.  Like when we were youngsters, he would take us to to Horn and Hardart in Philadelphia and then later to the Philadelphia Zoo, which introduced me to tapioca pudding, still my favorite today. Horn and Hardart was this super cool place where you would drop a nickle in a slot, open the door and pick out your food. You can almost get the same feel of decor at Disney’s Hollywood Studios in the Commissary for atmosphere but not the slots.  Loved the slots. 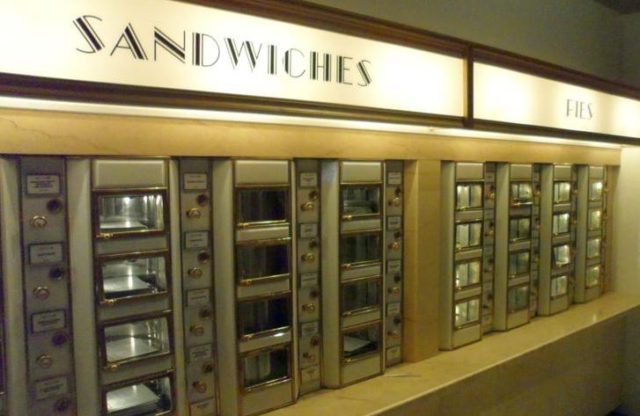 Bop had patience too and I remember fondly knowing that when we went to his house he would make chocolate pudding and we kids would fight over the color of the Fiesta Ware bowl color.  Cool Whip had just come out then and so he loaded it on top and we played games until the pudding cooled JUST enough to be without the skin. He hated the skin so we ate them when they were just cool enough. I still eat it that way.

My grandfather, if I remember correctly, was one of the first to have an artificial hip replacement done in the early 1960’s in Philadelphia and I scarcely remember him without his metal brace and his crutches.  He rarely complained but remarkable now how many of his grandchildren inherited what he called “the curse” – arthritis. He was patient but he had gotten mad enough at our dog to throw the metal crutch at him so he got off the furniture and him because the dog was a puppy that was full of boundless energy.  I am sure after that visit that we never brought our dog to visit Bop.

Another time, my father sheepishly brought me to see my grandfather after he and my “Uncle Walt”, one of his Park Side buddies, had the brilliant idea to take all the kids out of our mom’s hair to go sledding.  Only this was the place at Fairmount Park in Philly with great hills, you know the SAME place where his sister and his brother broke their front teeth.  Well, I broke both of my arms that day and I although I never heard a harsh word, there was quite a bit of noise in the kitchen and I am sure Bop took my father to task

And, I was one of the lucky cousins, in between college transfers at the time, to be the “night shift” family member that covered the night, just after my Aunt Jean left, so he wouldn’t be alone to die without a family member at the hospital. I was honored to help take care of him at the end though my sister, a wonderful nurse, came in often as she was always so good to take care of ill family members. He was on a respirator at the time and it wasn’t pleasant to see him like that, this strong man weakened by age and strokes, but as I combed his hair, I swear he smiled or at least knew I was there perhaps. He passed away that evening.  I still remember his room and where it was on the hall.

Like most of us, our parents gave us the gift of their folks who had more time for us cause that’s what grandparents do. I wished my mother’s parents were closer so I knew them better but Bop was the best, married to Margaret, whom he called “Mother” and for whom I was named.  In the family tradition, I named my youngest to honor my grandfather and though he is known mostly as Teddy, I call him “Theo” quite often in memory of Nana’s pet name for Bop.  I called my uncle today, his last surviving child, and we spoke for quite some time about my memories and how I loved him. Naturally, my uncle share more stories about his dad.  It was a good birthday celebration talk so tonight I will sip some Drambuie, one of his favorite whiskies, to his memory.  Most of all, my grandfather taught me great lessons how to be a grandparent.  I hope I live up to his remarkable example.  I miss you Bop.