Home » About Our Plans » Becoming a grandparent

I have had the most incredible ride this past year.  My youngest went back to UPenn after a medical leave (no biggie but we became “empty nesters”) whereupon his return to school meant that we found ourselves alone again.  Although we were sad to no longer have him bounce around the house,  however, selfish as it may seem, my house was always clean, nothing shoved in drawers and counters uncluttered.  For my anal-retentive self, it was wonderful. Laundry time was cut in half and food prep was simple, because there was none of that “making two meals”, one for us and one for Mr. Picky Eater.

Years ago, my father gave me the one-eye curse when I was 25 or so and came home unexpectedly with one of those “didn’t mom tell you?”.  Dad said, and I quote ” may this happen one day to you “.  It wasn’t that my father was upset I moved back home, but it really was more that, since I was the last to leave, they had everything they wanted in their house in order and for a father with a strong desire to have order, having me move back was the unexpected.  Naturally, the chaos that comes with a 20-something with an apartment full of stuff moving into their garage and spilling out everywhere else was hard for him to adjust to. Lucky for both my parents though, I was organized beyond a fault and that made the temporary return to the nest fairly enjoyable for all three of us.

For a long time, my father’s curse never materialized. Then it happened.  My son called me in early January, only 6 weeks from delivering their first born, said he felt really bad about my husband’s illness (Type 1) and severe back problems.  He had said that if we wanted him to help with my husband then his family was prepared to move the 1200 miles back home.  He would love to learn the business, take much of his dad’s responsibilities away from him and also help out with taking his dad to any one of his 11 doctors.  I was thrilled. My oldest son coming back with his wife and a new baby to live with us???!!!  Heaven for me.  Since Bill had pursued a business school degree and wasn’t interested in getting his, (entrepreneurship runs in his veins), I was happy to work some of his ideas for the business, especially now that the US Economy was on a roll, meaning, expanding.  (We still REALLY want to open a store at Disney Springs so this will be the start of moving those plans forward.)

Oh and did I say I am now officially a grandparent?  And now I have my father’s curse because there is chaos here at home.  There is baby stuff everywhere.  Drinking wine helps. 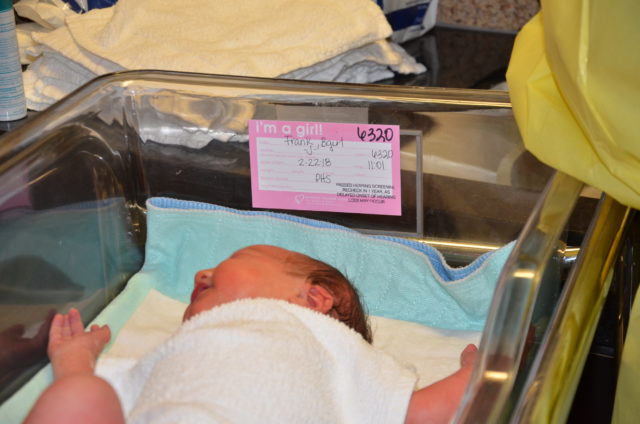 And a girl?  FINALLY??? After wishing for one we finally get our dream of dressing a little one in frills and bows. 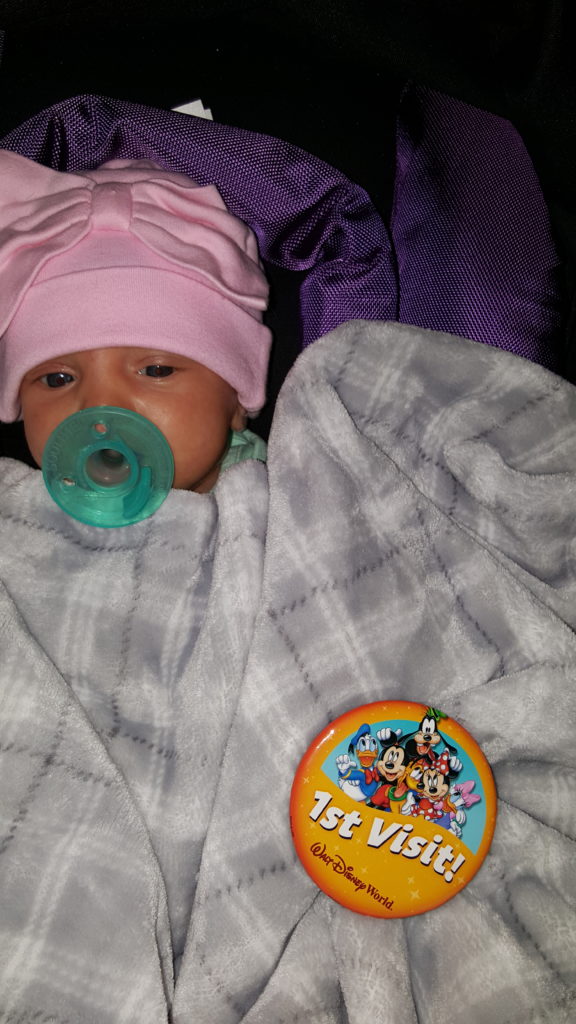 And naturally, where does one go for her first excursion out – to Disney of course!  Our design studio is only a mile from the park so, we bundled her up, Jim in his wheel chair (he just had major surgery on his back two weeks earlier and was feeling better).  However, it was freezing and we had nothing to coordinate this munchkin in!  SO I am starting with designing a line of little dresses, perfect for those cute photo shoot for newborn.  Haven’t posted the pix yet for our latest collection of “Pegeen Babies“, but we are popping out new dresses all week long.

And, I am pleased to say that even though the hospital billed the insurance company for $187,000+, Jim is doing pretty good out of the hospital just two weeks.  Thank you Dr. Villalobus, an awesome Neurosurgeon.