Home » About US » Kirk Douglas, American Icon Celebrates His 100th

Screen legend Kirk Douglas celebrated his 100th birthday last month with his family, including his wife of more than 60 years, Anne. I can’t decide which is more remarkable, the fact that Mr. Douglas made it to his 100th birthday or the fact that a Hollywood marriage could last for over 60 years. I can count on one hand the instances I can remember of both.

“I was lucky enough to find my soulmate 63 years ago, and I believe our wonderful marriage and our nightly ‘golden hour’ chats have helped me survive all things,” he writes in celebrity magazine Closer Weekly. Douglas has survived his share of tragedies, including the death of his son from an overdose of drugs and alcohol, a midair crash between his helicopter and a plane, and a stroke which has left him with a severely curtailed ability to speak. His wife, Anne, his faith, his family and his rise from poverty and subsequent hard work during a stellar career, which included three Oscar nominations for best actor, gave him the strength to rise above these challenges. His son Michael, also an actor, wrote: “I think his stamina and tenacity are the qualities that stand out for me. He has taught me always to give it your best shot at whatever you take on. He’s the full package.”

Since the stroke limited his acting roles, he and his wife turned their attention to philanthropic work, mostly feeding the homeless and repairing and refurbishing playgrounds in Los Angeles. They say keeping busy will keep you young and they make a strong case for that axiom.  I think it is beautiful in the world of Hollywood that such a long and lasting marriage shows their deep love and commitment.

And yes, I am also one who has outlasted many of my friends, and my wife’s friends, marriages.  I can hardly believe that we have been married over 30 years, (almost 32 this year) and work together every day, 24/7, as partners in our business, Pegeen.com. Some people would consider that fact to be remarkable, but even more remarkable might be that this was not the career path either of us imagined when we were in college but I know I can’t imagine my life any other way.  I don’t have words of wisdom, just that both of us give in, a lot, to each other.  And plenty of wine. 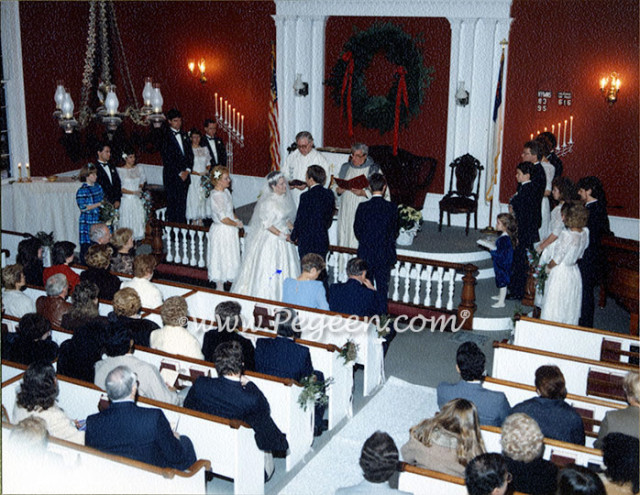